I have SO missed writing on this blog!
But when I have to tether my big computer to my phone to get 3G internet, because we live without wifi it's just a hassle, you know?

But guess what?
It's not a hassle tonight!
And that is because of the reason called "procrastination."
Which is a fancy way of saying, "laundry swallowed my couch."

So after a few months hiatus
(fancy way of saying the couch was identifiable because it wasn't Laundry Mountain),
I have returned with a story that to this day makes me roll my eyes and cringe.

In Jr. High I think we’ve all made decisions we’ve regretted. Like the time I clamped my bangs in the curling iron and then curled them opposite direction ensuring I had bangs with a ridge at the ends all day long.
I had no idea what I’d done wrong.
CONTINUE reading here »
Posted by Jordan Anderson No comments:
Email ThisBlogThis!Share to TwitterShare to FacebookShare to Pinterest
Labels: Young and Dumb

Airdrie's Story: God has a purpose for every unborn child

This post originally appeared on our blog June 17, 2015 on the second anniversary of us finding out of a "problem" with my pregnancy. Today, October 24, 2016, marks Airdrie Abileen's 3rd birthday--praise be to God.

Just over three years ago our world tilted on its axis. We lived in Houston, Texas, I was 20 weeks pregnant with our 4th child, and we had just been in to receive our anatomy ultrasound. This is the scan where the baby’s major organs are checked. We had the scan done at a special ultrasound clinic and our biggest decision that day was whether to find out the gender of the baby or not. We choose both and had the technician write the results on a yellow sticky note and I placed in my purse.

The next day Mark and I were out trying to finalize the sale of our two vehicles and had stopped to eat lunch when my obstetrician called us. I quickly stepped out of the restaurant to more clearly hear. Just in time to hear the Dr when she said, “All the measurements look good with the baby and everything looks up to date... However, the technician did find a spot in the brain. You’re going to need a level 2 scan to address this.”
CONTINUE reading here »
Posted by Jordan Anderson 1 comment:
Email ThisBlogThis!Share to TwitterShare to FacebookShare to Pinterest
Labels: Airdrie, Blessings, DWM, Faith, God, God be Praised, God is Good, Hope, Paediatric Neurology, Prayer, Pregnancy

This post first appeared on our blog November 10, 2013, just a few weeks after the birth of our fourth child, Airdrie. At the time we were missionaries living in northeastern Scotland.


It's been a while...Mark and I have lived several months in the past few weeks!
This post will be extensive, but full of pictures for those who enjoy the break in my ramblings! Also, I'm including birth details using words like "cervix, dilation" and "birth canal." If this doesn't suit your taste exit while you still can and visit our FaceBook page for the benign details of the past weeks. :)

Monday, and Tuesday October 14-15 my parents along with my sisters, Jillian and Catlin flew in to Aberdeen, Scotland so they could be a part of what we thought was birth week! I was scheduled to be induced at 4pm on Wednesday, October 16th.
*I was to be induced at 38 weeks gestation because at this point we knew our baby girl had Dandy-Walker Malformation in her cerebellum. When there are deformities present the risk of stillbirth in a infant left to go 40 weeks gestation or beyond significantly increases. We needed to get this baby here soon!

There was general shenanigans and fun as the aunts and grandma and papa revealed they had all packed in their carry-on luggage and all other suitcases were FILLED with presents from America! We had cake mixes, candy, Pumpkin spice---everything, maple syrup, Italian and Ranch dressing packets, and Halloween goodies. 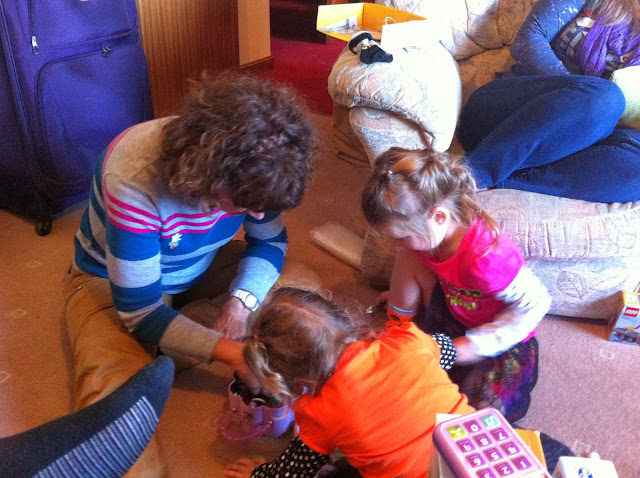 Grandma also brought over a tin filled with buttons for the girls. They love this and love to scatter buttons ALL over the house!
CONTINUE reading here »
Posted by Jordan Anderson 1 comment:
Email ThisBlogThis!Share to TwitterShare to FacebookShare to Pinterest
Labels: Airdrie, Birth Story, Cultural Differences, Faith, God be Praised, God is Good, Pregnancy, Scotland

In this installment I’ll tell you about the worst decision I ever made before going to a wrestling meet.

When I was a high school girl I was much like I am now.
Except now I found an additional 30 pounds,
Except now I know how to do winged eye liner,
Except now I shave EVERY time I shower.
Please refrain from commenting, that last one is essential information to this story.

We cheered for wrestling at our high school.
Our wrestlers were very good, taking the State Championship my senior year.
Why do I tell you this? So you know that this sporting event drew a larger than usual crowd at our high school.
This is probably why this story is in my “embarrassing moments” collection.

No matter our hectic schedules our family almost always sat down to dinner during the week. It would be maybe an hour of quiet with the family then we were off and running again.
This particular night I had a wrestling meet to be at by 7.

Now I may or may not struggle with punctuality.
No, that’s not right.

I’m always late.
We’ll go into reasons for this at another time.
I’m convinced it’s a problem I have with math, my husband might tell you otherwise, but he’s not writing this blog now is he?

That winter night back in my high school days I was running late, as usual.
As I was dressing in my sleeveless cheer uniform I realized it was most likely eons (or the last home game) that I had shaved my underarms.
I ran to the bathroom and grabbed my handy single-blade disposable razor (most decidedly NOT a Venus, those weren’t invented yet).
And I proceeded to dry shave.

I shaved, and shaved, and shaved only to finally discover that dang razor was so dull you could ride it to town.
Cr@p, time was running out!
I went to plan B.
I grabbed my bottle of Nair.
Oh what, you’ve not heard of Nair?
Nair is a compound that disintegrate hair off any living animal and begins to disintegrate any flesh under the hair it happens to touch.
What could go wrong with Nair?

I slathered the foul-smelling lotion on both under arms and 2.367 seconds later…
AHHHHHHHHHHHHHHHHHHHH!!!!!!!
BURNING FLESH AFIRE!!!
A primeval scream, audible to the entire neighborhood, escaped my lips.

At that point the intense burning from my underarms had me standing over the bathroom sink splashing copious amounts of water into both pits—much like a hot monkey trying to cool itself.

Glancing at the clock I knew my beauty routine needed to have been completed 5 minutes past so I rushed to my room to put on deodorant.

It was then I realized that was not going to happen.

I went to the meet with red, bloody-raw, non-deodorized pits… that were still not smooth-shaven...

That night I may or may not have been the T-Rex cheerleader. 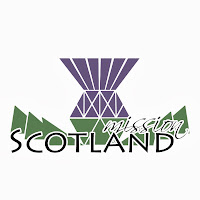 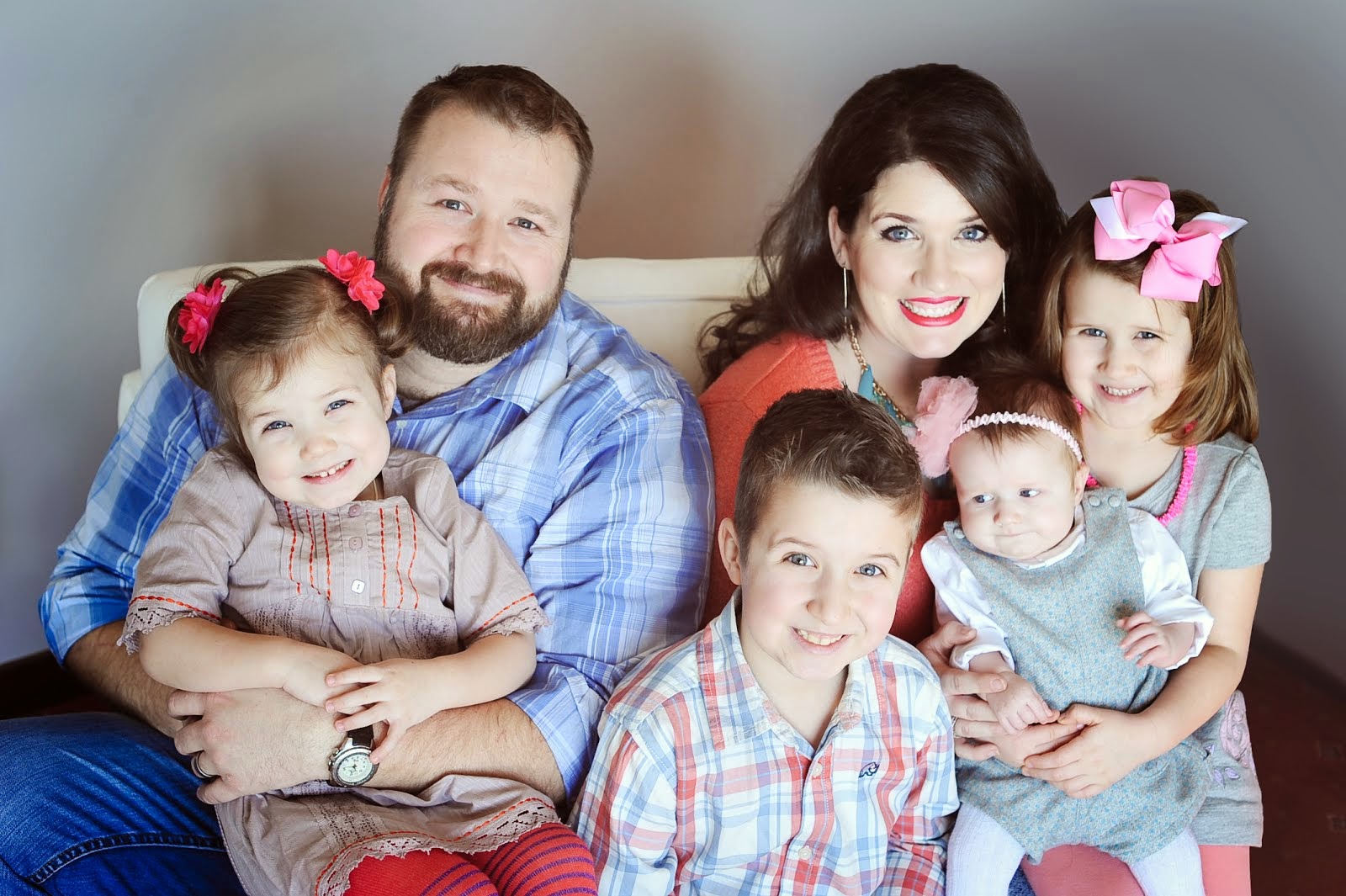